The Council on Hypertension is calling for nominations for this award February 16–June 3, 2022 at 6 p.m. (Central Time). Nomination packets must be submitted in the Council Awards Application System. 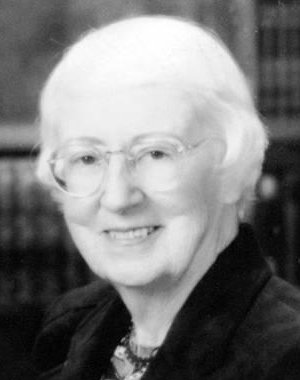 The Harriet Dustan Award recognizes female investigators who have made outstanding contributions in the field of hypertension. The award was established to honor the memory of Dr Harriet Dustan, an outstanding clinician and investigator who was a tireless worker on behalf of the Council on Hypertension and the American Heart Association for more than 50 years. During her career, she served as president of the American Heart Association, chaired its Ethics and Research Committees, and was the founding editor-in-chief of Hypertension. She was also the first woman on the Board of Governors of the American Board of Internal Medicine.

After beginning her career in 1948 in the Research Division of the Cleveland Clinic with Dr. Irvine H. Page and Dr. Arthur C. Corcoran, Dr. Dustan was among the first to suggest that reducing dietary sodium could lower hypertension and cardiac risks. She became a major force in the field of hypertension, helping to unlock its mechanisms and develop or investigate all the early anti-hypertensive agents, thus changing hypertension from a death sentence to a treatable disease. Dr. Dustan concluded her academic career at the University of Alabama School of Medicine as the director of the Cardiovascular Research and Training Center.


How to Make a Nomination/Required Documents

Electronic submission through the Council Awards Application System is required. Hard copies of any part of the nomination cannot be accepted.

The nomination file (submitted on the nominee’s behalf) should contain the following documents in PDF format:

The honoree will present a lecture during the Hypertension Scientific Sessions. The awardee will received complimentary registration, a $2,000 honorarium, and an engraved plaque.

Honorees presenting in-person at Hypertension Scientific Sessions will be honored at the Annual Council on Hypertension Awards Banquet and will be eligible for certain travel reimbursements.